I took an “international cooking class” in high school and for some part of it I talked to my abuela and got her recipe for quesadilla. Quesadilla Salvadoreña is like, sweet cheese poundcake? It’s a unique flavour and delicious as hell. I won’t do the recipe blog thing and super front-load this with chat, so let me just say teenage me wrote the recipe like crap and I had to reconstruct it from an overly simplified, ultra mid-century and Americanised version. I think that it’s a little lighter than quesadilla I’ve encountered other places, but it tastes right and that’s what matters. 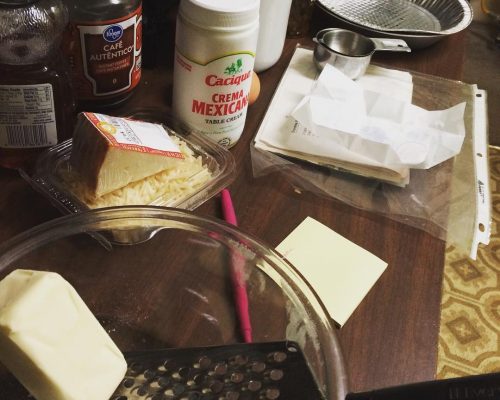 And here’s the chat bit. Yes, Bisquick, weird, right? But when you go looking for recipes, a lot use Bisquick, though rice flour is also suggested. My abuela said Bisquick and it works for me. Here’s the problem, I normally don’t cook with regular flour, I cook with almond flour and hoo boy did I forget that regular flour rises? It rises a lot. 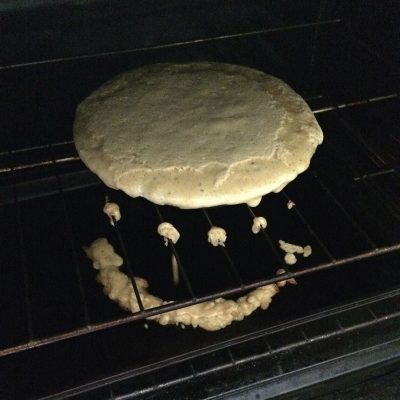 There were some other things not perfect on the first try tidying up this recipe anyway, and it was still delicious, so no real loss. Plus, it was eaten completely before I got home from work and errands the next day, so more needed to be made anyway! Please enjoy the horrorshow of notes I took while baking. 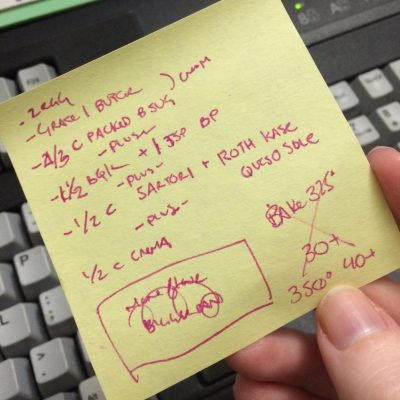 As a Latinx person who was not given more than scraps of their family’s culture, small things like this (or, how when visiting a friend we can just walk to the tienda and buy quesadilla) are invaluable. I’ve carried the typed up, high school recipe with me since I moved out but never made it in the decade and a half since I did for a class, despite it being delicious. This year, for varying reasons, I’ve worked to reclaim things that were denied me or that I thought I wasn’t worthy of.

Ha, to think my subconscious told me I wasn’t worthy of a recipe my own father’s mother gave me! But, by the time I was around, my abuela never cooked anything I could point to as distinctly Salvadoran. She’d make tamales and send them with my dad, but I never ate them. I think my folks let them freezer burn until they could justify throwing them away. Assimilation is a hell of a drug.