I’ve been trying to get drawing more, partially because two of three projects slated for 2015 demand I be in the habit again, so the Character Drawcember challenge was just the thing I needed. I used to do this drawing challenge (daily, weekly, given prompts, self-directed) thing on the reg, but that was ages ago, so the slower-paced setup for this challenge was perfect. Three sketches and one final coloured piece a week, with the last days of December to catch up.

And! Even with making ASMR videos, hand embroidering shirts (which I’ll post about soon, I swear), the special hell that is working online retail during the holidays and countless other distractions, I finished. I finished the challenge and didn’t need to use a single catchup day, though I did use the last week to overall catch up after a lull.

The whole point of the Character Drawcember challenge was to give folks a chance to spend some time examining their characters for different projects. I haven’t got that many options shareable right now, so I mostly focused on The Audacity Gambit, which you may note is a written project. Actually, I was sort of a dick about the whole thing, as I’m in the middle of writing the further adventures of those characters, so they’re essentially living in my head, and when I wasn’t drawing them I was drawing snippets from ‘This Time I Know Its For Real’, which you’ll see a little of online in January, ideally. It’s some straight up fuckin’, OC, shit, here.

And then, for the last prompt, I remembered Chase’s and my rejected New World submission, which we’re doing anyway. Could have spent this month fleshing out those characters, which need it a bit more.

Here’s my fave piece from each week. You can see the lot of ’em here.

Week one: colour version of antagonist sketch (Winter Queen from The Audacity Gambit) 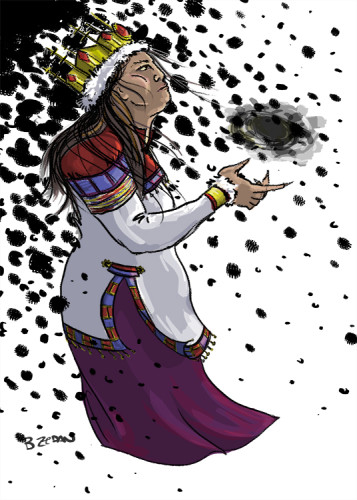 Week two: character as a kid, adult and senior (Ian from The Audacity Gambit) 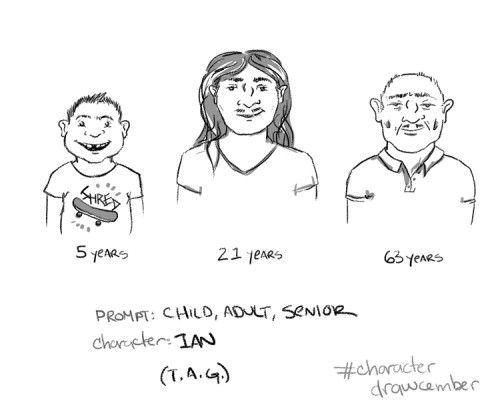 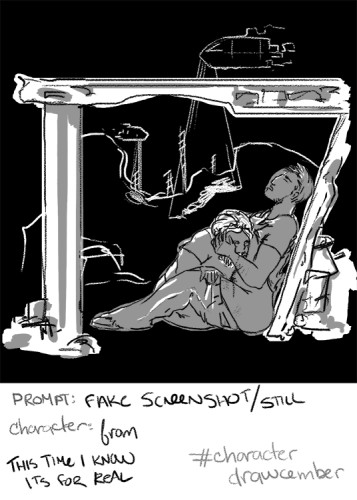 Week four: I actually loved everything I did for week four’s prompts, but here’s the last one, “your choice” (Hy and her dad, Hyacinth Planted) 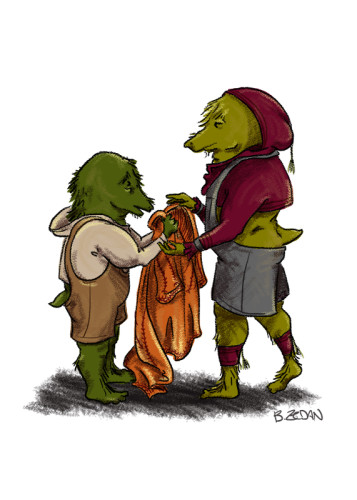