I knew that the simple image of an arbour on fire wasn’t going to be the right thing for the final cover for The Audacity Gambit, but I wasn’t quite sure how to balance the imagery I wanted and the right look of a sort-of-New-Adult-Fantasy-novel. If I was someone who did more planning outside my head, here’s where I’d show you some cool thumbnails of concepts. 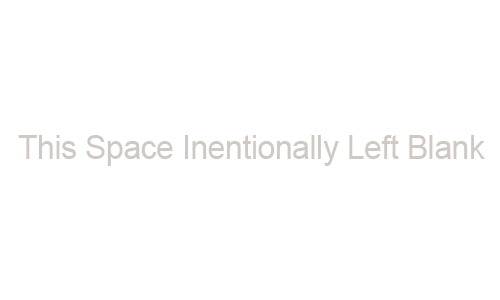 But, that’s not the kind of person that I am, not for this sort of thing. I basically let things sit and ferment in my head for a while, until the base of an idea bubbled to the surface. What about flowers? Not like, rich oil painted florals or photos thick with petals grabbed from stock image sources. What I thought of were the kind of flowers I saw on decorative items in houses growing up. Simple petals done with simpler strokes, they were often more the idea of a specific flower than an accurate one.

Called “tole painting” in my grandma’s time and “one-stroke” by the time I was seeing shows about it on PBS, it’s a kind of decorative painting that has graced the sides of many a useless item in a house aspiring to country kitsch. Like many things, its value and history is diluted with a popularity and overproduction that caused it to be labelled “tacky.” But the same strokes were used to decorate enamelled boxes in the Victorian era as the ones on empty milk can catch-alls in the 90s. And today, the same strokes are used to amazing effect on nail art.

Besides, they were something I knew I could do and my strange little personal library had resources. 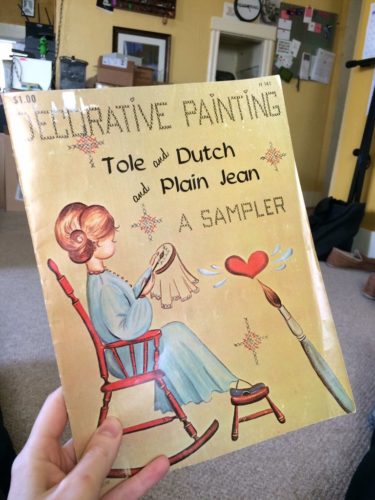 YouTube does too (I particularly like this channel) and I spent some time reading and watching, practising the pleasantly simple movements. And, because I am always one to plunge into a new technique with little forethought, I pulled out paper and started painting the cover with literally no plan.
It absolutely should not have worked out as well as it did. I should have thought about the proportions of the cover, how I wanted to work text into it, where the dang arbour on fire was going to go. But I didn’t. I just painted.

Mind you, I’ve been painting in one form or another for most of my life and spent a good chunk of high school apprenticed to a mural painter, so it’s not like I was going in completely blind. I was just relying on twenty years of practise to create good instinct. Which I guess is, in itself, good instinct.

The final painting was basically what I’d seen in my head and I cannot explain to you how rare that is, even when you’re doing something you have done for years and years. There’s always some variable that comes up and alters what you were picturing, giving you a perfectly good end result but never exactly the thing you pictured. 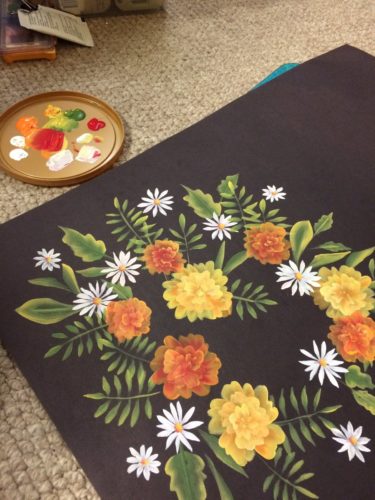 After I scanned the painting and laid it into the cover template, I was almost angry with how well it turned out (the folks at my Patreon have got a peek), but I feel like how nicely it came together was an absolute gift. Plus, I got to try a painting technique I’ve wanted to try for years, so that was a nice bonus.