The summer after freshman year at college I lived on campus, renting a dorm room for a stupidly high amount of money. My roommate was a member of the wrestling team (as much as I loved There’s A Girl In My Hammerlock, I never understood the weirdness of females on wrestling teams, every school I’ve been to had a skilled number of ladies who wrestled) and we went to the gym together. Every day.

We alternated upper and lower body circuits, she’d out-lift me for upper but she ended up hurting herself trying to match me for lower. Every evening we’d go on a two mile run. I loved it. I’ve always been a closet jock, physical activity is super fun for me and lifting stokes the fires of my machismo.

When we still lived in the suburbs and I had a four hour public transit commute, I donated enough to the university to get a “free” gym membership to their student facilities, which weren’t fantastic (the setup was still the same as that summer I went every day) but I was also paying way less than if it was a real gym. Besides, all I wanted from it was access to an elliptical machine.

I’ve got some hip issues that mean running on pavement is not the best thing for me anymore, but the elliptical? I can sprint on that fucker. The joint issues I was having then went away and then we moved to the city. That was great. I could walk to work (about three miles round trip), keeping up a level of activity. I walk really fast, enough to sweat and probably at a speed just below a jog if I could figure out what a jog is.

Then my work moved and it was back to the bus. So I figured out a commute that got me three miles walking, with some bus in between. But the weather got shitty, my job got more administrative and more often than not I was walking just a mile and a half. And apparently that combination of things was enough to bring back the joint issues. So I did my PT and after I’d finished all my sessions my other damn leg started being slow to react and other terrifying things. Ooh, plus my shoulder was getting pretty fucked for no reason. Good times.

So I finally did something I’ve always wanted to do. I crunched some money numbers and joined a gym. I picked Snap Fitness because there is one close to where I work, they have no start fee and my insurance gave me a slight discount on the monthly payments, which were already cheap. The branch I go to is owned by an adorable young couple, I have 24 hour access, I could go on and on about how the whole thing is laid out the same way you would a gym on a space ship and the only bummer is they don’t have overnight lockers. But mostly? They have machines that adjust to my size with useful pictures of proper form and what stretch to do. They have an assisted chin up machine which holy mother of everything. And they have elliptical machines.

The first day I limped to the gym and could only do 15 of the standard 20 minutes I like to do. Lowest level. The machines were easier and I could at least be proud of myself for maintaining good form, going slow and still doing a number of sets and reps that I find acceptable. That was about a week ago. I’ve gone three times since as my plan is to go on my Monday/Wednesday/Friday equivalents after work. 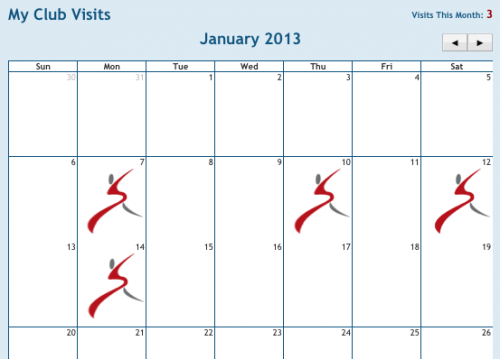 Yesterday I ran easy for a full 20 minutes and the four minute cool down, I can probably up the level next week. I’ve gone up weight on the machines to an amount I won’t tell you but is almost a third my weight. I’m not limping, stairs aren’t terrifying, my shoulder still hurts but in the way that means it’s getting better. I’m not 100% but shit, I’m close.

What the sweet fuck? I mean really. That’s not a lot of work for an amazing amount of progress. One of my co-workers called the gym my vice (mind you, I had been saying that after the gym I get Starbucks and then have a cigarette because I like to live the lives I saw on TV when I was young) and you know, for me it is, in the best way. I’m even eating the cursed mana of bananas or yoghurt after the gym so my muscles don’t get sad. I hate both those things so much I swear out loud while consuming them. It makes me so damned happy to work out and I don’t really know why, but since I get all sorts of positive rewards for it, I’m not complaining.

2 Thoughts to “I mean, everyone pronounced it “gime” as a kid, right?”