I never actually wanted to live in Portland. I just knew it’d be a better choice. Like I knew it was a better choice to wait longer and save more before moving to L.A., even if it meant Chase moved down there a couple years before I did.

I think the last time I was in California I was 16. Maybe even 15. Somewhere around then my dad’s family stopped being my family and there was no reason to go south. If you’ve grown up in Oregon, California is sort of looked down on. That’s where the rich live and they don’t know how to drive and they move up here and steal our land and you can’t bring fruit with you forgodssakes.

Like anything adults looked askance at, California gained an aura of the forbidden. Not that I didn’t shit-talk it, which Chase straightened out pretty quickly. He did it the same way he made me stop making fun of Led Zeppelin: by making me actually listen to them. He told me about where he grew up, south of San Diego, and I added to my childhood memories of Northern California campgrounds and the overwhelming maze of San Francisco. California became a place, instead of an idea.

It’s the opposite of everywhere I’ve ever lived, dense populations, desert and south, beaches not coasts. When Chase and I drive through the country around where we used to live I look at the trees and the dense, black-green coastal range, wondering what life will be like without them. I don’t think I’ll miss the trees. There are plenty of trees.

There’s a lot of hate for Southern California, as though it were a bizzaro-world Pacific Northwest and therefore a nemesis. It’s too different, too crowded, too hot, too expensive (though rent-wise, really, it’s about the same). I have to justify my plans to semi-strangers and hope that they see the deadness in my eyes and stop wondering why I just don’t like it here.

I had a conversation once with someone about why he was in New York and why I wanted to move to L.A. It really came down to wanting to live somewhere you’d like to live when the world ends. 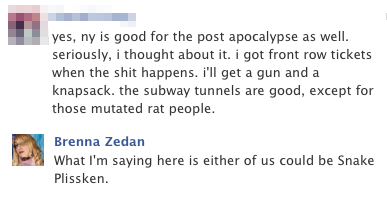 Not that I expect the world/society to cinematically end in the place of my choosing, but really, the thesis is sound. I’d be pretty bummed if it turned out I never got to leave the PNW. Sure, I think it’s a great spot for post-apocalyptic fiction, but not for me.

I lied. California is still an idea. Hasn’t it always been? It’s a world of artifice, but everyone is in on the construction, their imaginations and dreams as much a part of the skeleton as poured concrete and palm trees.

I think there are two kinds of people, at least as far as this exercise goes. There are the ones who read West’s The Day of the Locust and think “god, what a terrible place.” And then others read that short, sharp story and feel a noose tighten around their guts, dragging at them.

Here’s the thing. I could settle comfortably in the PNW or I could push myself and struggle and grow in L.A. I’d rather fail than settle. And—this is crazy—if, after some years I find that I long to once more reside in the verdant, motherly and non-judgemental embrace of where I grew up, I could always move back. It happens.