A self-published ebook, available at:

Find all posts about The Audacity Gambit here.

Every teen hits a stretch in life where they feel like they’ve been forcefully isolated from the world. The standard fantasy trope is that it’s all for a reason—they’re the Chosen One. They’ve got to save their village, rescue a princess, find the key.

But 18-year-old Emily’s village is a trailer park and the people she’s fighting for may have performed more terrible deeds than the enemies she’ll have to confront.

With little choice in the matter, Emily plunges head-first on a quest into a fairy world that isn’t nearly as fabulous and fantastical as books would lead you to believe, though it’s a nice enough place for a vacation. 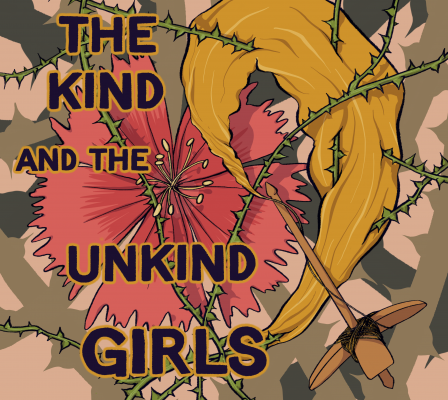 The Kind and the Unkind Girls

A girl wished into existence, a girl who finds her own way, a girl saved, and two girls caught.

Four short stories that technically fall under a traditional Aarne-Thompson folktale classification, but take their own path there. Three of the stories: “Straw”, “The Pink”, and “Sleeping” have been shared online before. The titular story, “The Kind and the Unkind Girls”, is new for this collection.

Prince Frances, stalwart and true, stood before the wall of thorns and contemplated his approach. Looking up, he followed the thick growth as it twisted and snagged up crenellated towers. There was a castle beneath the briar and inside the castle, if rumour proved true, a princess locked in a magical sleep, awaiting a kiss.

Frances hadn’t rescued a princess before, though he was not unfamiliar with quests. The sword he jabbed experimentally at the thorns had been dipped in the blood of a giant magical boar he’d killed in some dark wood a few years back. The blade was now tough enough to cut through anything but dragon hide. Killing a dragon and bathing his sword in its blood would come later. After the princess, before any heirs. He had time for quests yet, even after he rescued and married this girl in the castle.

This 7k+ word short story collection is available on Gumbroad for $1+ or on Itch.io for $1+ as mobi, epub, and pdf files. 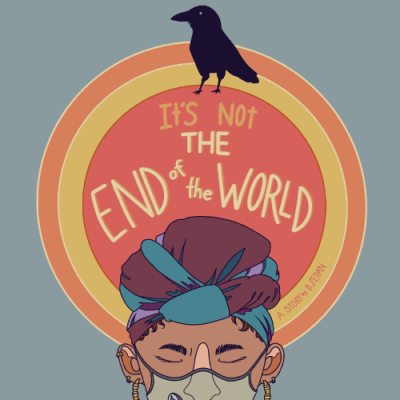 (It’s Not) The End of the World

Sometimes the signs are there but you gotta keep living anyway. Also: crows are only harbingers of joy.

The sun had been veiled by a bitter haze for weeks. Fina had to wear her mask any time she ventured outside, which was getting tiring. Every summer the wildfires seemed to burn more steadily, the wind carrying smoke farther and deeper into the city on angry currents from the dry fields and doomed forests.

She didn’t like the way her mask made her all too aware of her breathing, or that her night-time facial routine now included extra steps to wipe the soot from her skin. And she especially didn’t like that her best friend Becka had to rely on grocery deliveries, hiding inside with a rescue inhaler, her air purifier purring constantly as it scrubbed air already half-cleaned by the house’s HVAC filters.

Who says kenku have to be crow-like? Reives, a kea-like rogue, is round, bright green and very tired. Currently, they’re caught up in a campaign that has them cooking – not just the (edible) monsters they battle, but sweet treats and giant meals. It’s weird as heck and a nice change from everything that has come before.